Waiting is hard, tiring and frustrating when you are not meeting quality people, join us and overcome every limitation to finding and becoming the One. 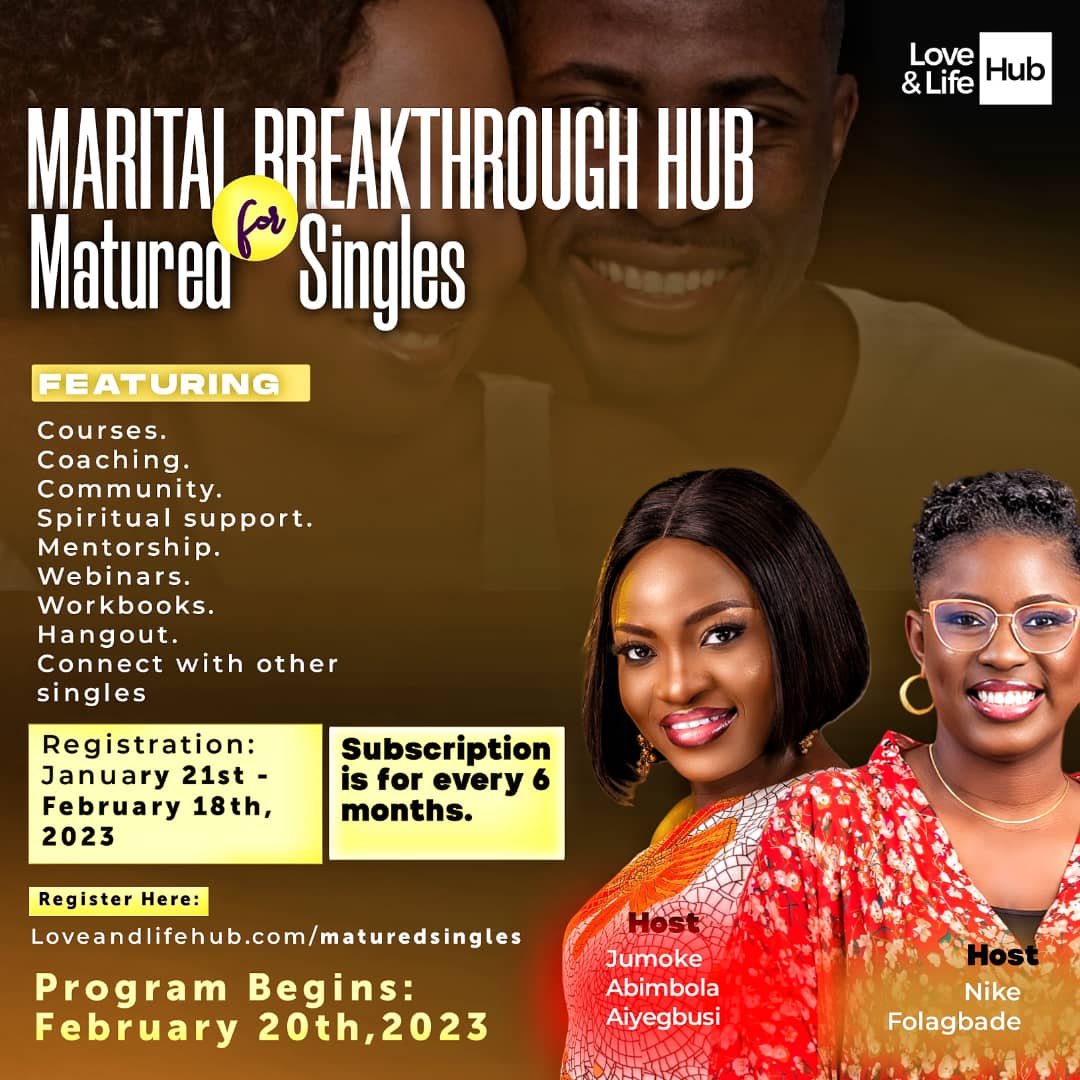 Almost every day, I receive messages from random single ladies asking me how they can win back men who have either relegated them as second options or who make them struggle for their attention.

Sometimes, mature singles send in messages, asking how they can deal with their waiting seasons.

Other times, it’s a man asking me why he is unable to attract and marry a woman he likes, without using her cooking skills and sexual prowess as parameters.

When you start approaching the age of 24, 25, 28, and 30, naturally you would become accustomed to the pressures and challenges of settling down. Your parents, friends, and society will start asking you when you would get married.

In that period it feels like those asking the questions are more concerned about when you marry than who you marry. And when you finally get married due to pressure, they leave you alone to deal with the struggles of marital crisis.

The waiting season before marriage is a nightmare for many because it comes with worries and fears like: 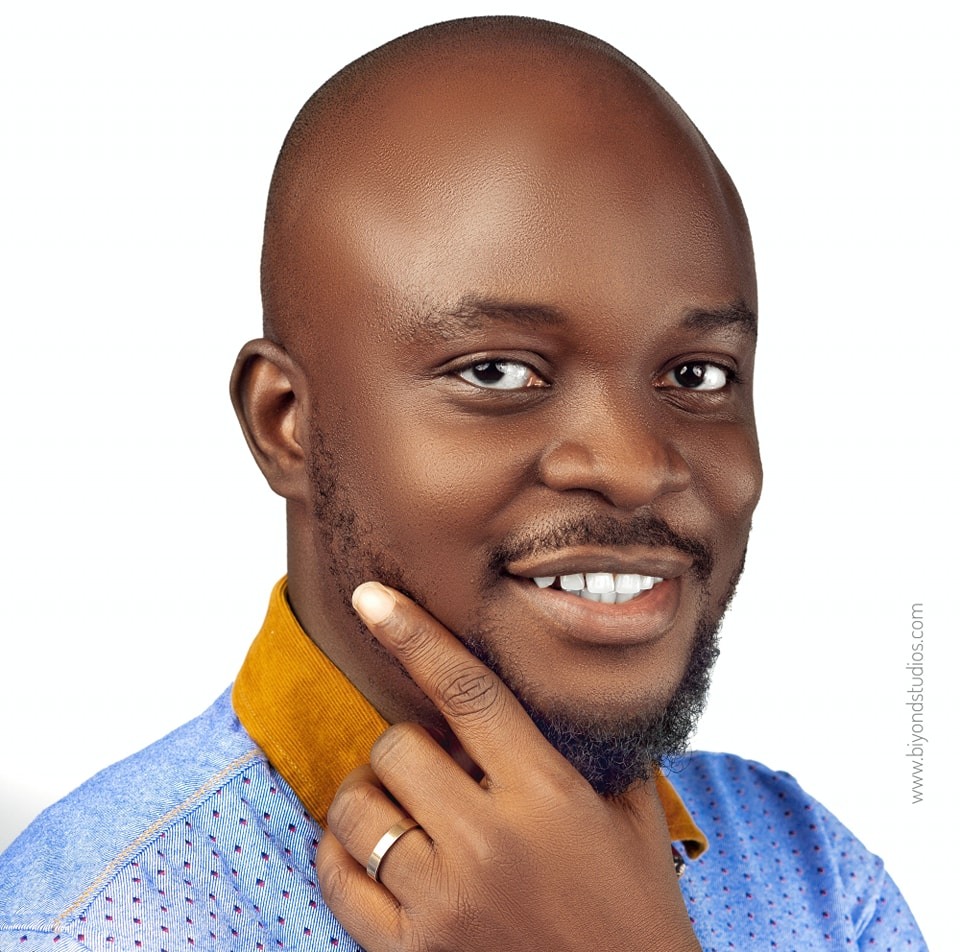 Nike is a brilliant and caring coach. She has a perfect mastery of her teachings. I have had so many unforgettable moments with her through her resources and consequently, I have enjoyed a sweeter relationship with my partner! 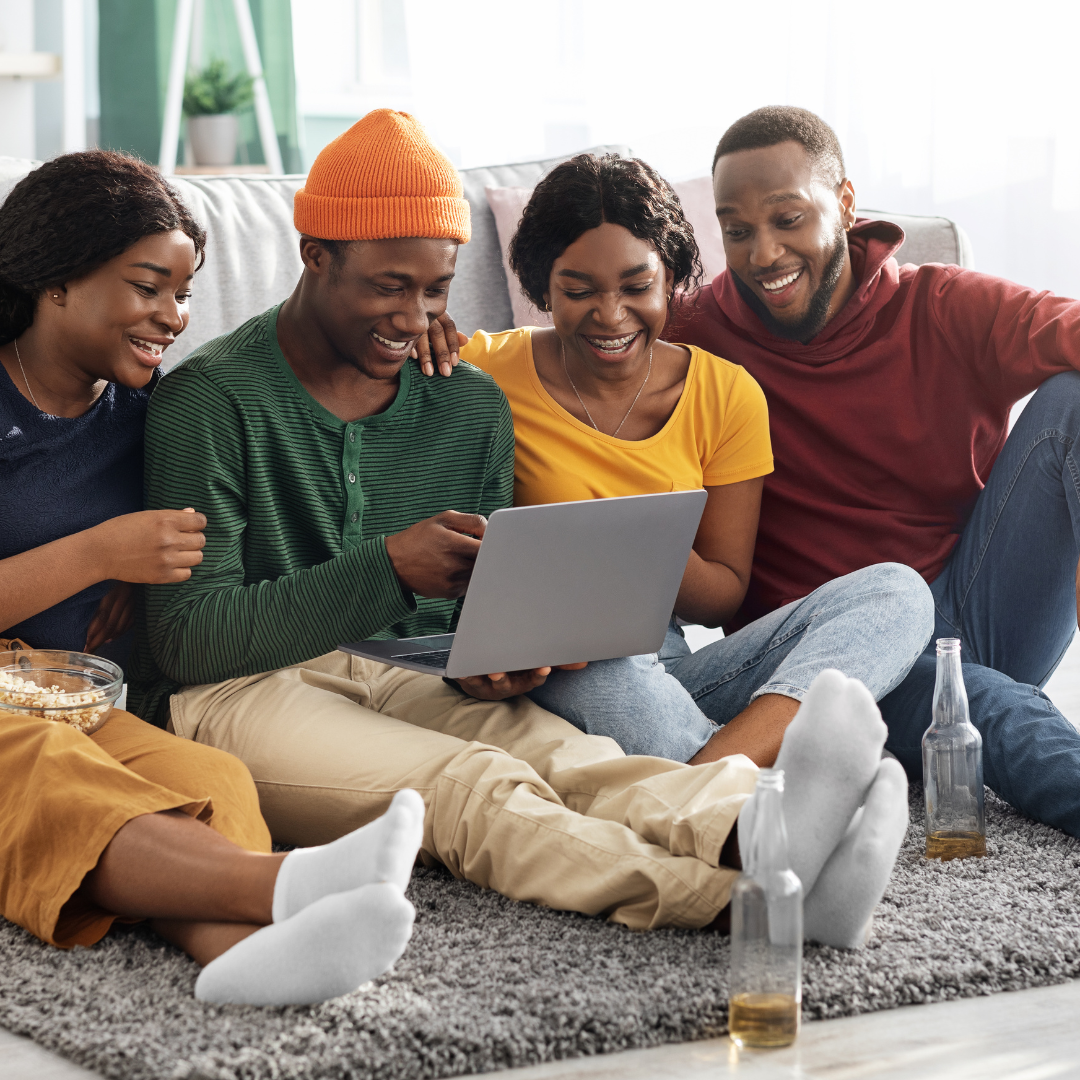 All these questions can keep you in a paranoid stage, leading you to make disruptive mistakes if you’re not careful.

There's a reason why God is permitting delay concerning your choice of life partner. If this purpose is not known, the enemy may keep sneaking into your life to make your waiting season feel like a curse.

Yes! You heard me right. Do you now understand why you are presently overwhelmed with Confusion, Hopelessness and Fear Of the Unknown?

You have those emotions because you are yet to find out The Mystery Behind Your Delay, The Mind of God Concerning It, and How You Can Come Out of It, In No Time.

All these and many more are what will be unleashed to you in this Transformational Hub. I encourage you to take the first step by registering right away.

This Hub is anointed; the coaches are not only anointed but equally prepared and equipped to go on this Journey of Self Awareness and Total Victory with you.

Does this describe you?

Join us at the Marital Breakthrough Hub for Matured Singles. 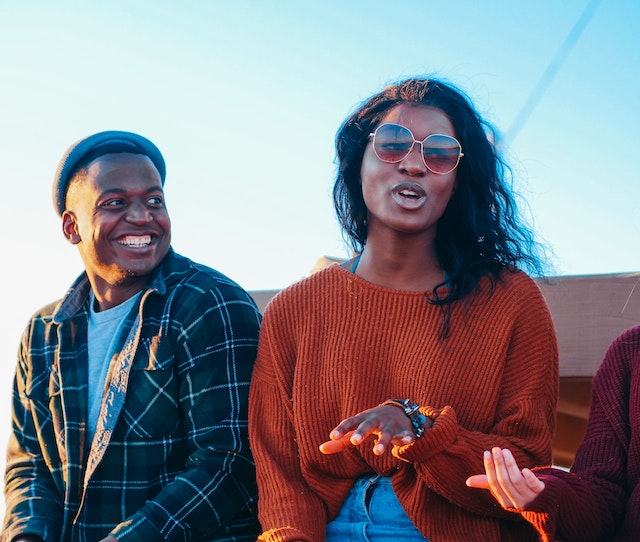 Get access to courses on dating, positioning and maintaining a relationship. We have have got various resources available for you.

Your journey becomes easier when you are in a community of like minded individuals who are intentional about their waiting journey.

We get into empowering rooms to virtually connect and discuss about dealing with your waiting seasons.

You are not alone, we are here to answer your questions and trigger you to do better. We would even help you to vet the options you have.

During your time in the hub, you will get access to resources like workbooks attached to your course plus podcasts that you can listen to on the go.

If you ever felt that there are foundational work to be done in your life, we are here to teach and empower you into breaking patterns, trauma and negative cycles. The Word of God is powerful enough to guide you into victory.

If you are in Lagos, we would connect once every batch to meet and connect. Virtually, we would enjoy good book reading and movie reviews.

Now is not the time to be discouraged by the measures you have taken in the past to equip yourself for this peculiar season.

Here are some of the steps you may have been taking without yielding results:

When you join this hub, it will help you:

Coach Nike Adedokun Folagbade is a unique and seasoned relationship coach. She gives a detailed step by step guidelines in relationship matters, be it breaking free from unhealthy relationships

Nike Adedokun Folagbade is a result oriented coach that doesn't just talk but walk the talk. She gives you practical steps on how to identify and solve relationship problems even while she works it along with you. If you are tired of that baggage holding you down and have decided to make a change, then Coach Nike is your goto person.

Coach Nike is simply phenomenal. Going through her class helped me to heal, gain clarity, and ultimately helped in repositioning my mind for the best life ahead - I consider this as one of the best things that has ever happened to me. The maturity with which she handles her class and her sense of humour are incredible and top notch.

Click the option you want whether you want to pay once or twice.

After payment, kindly send an email to admin@loveandlifehub.com with your full payment details.

When you sign up, you will be onboarded into the program via email and full instructions will be there.

Read up the detailed information on how to join us fully in your email.

Join the community to join and learn with other singles.

Courses will be accessed on this site.

Every week, we will guide you on how to access courses for your personal use.

Webinars will hold on zoom.

You will enjoy free flow conversation and vulnerability in our webinar rooms. 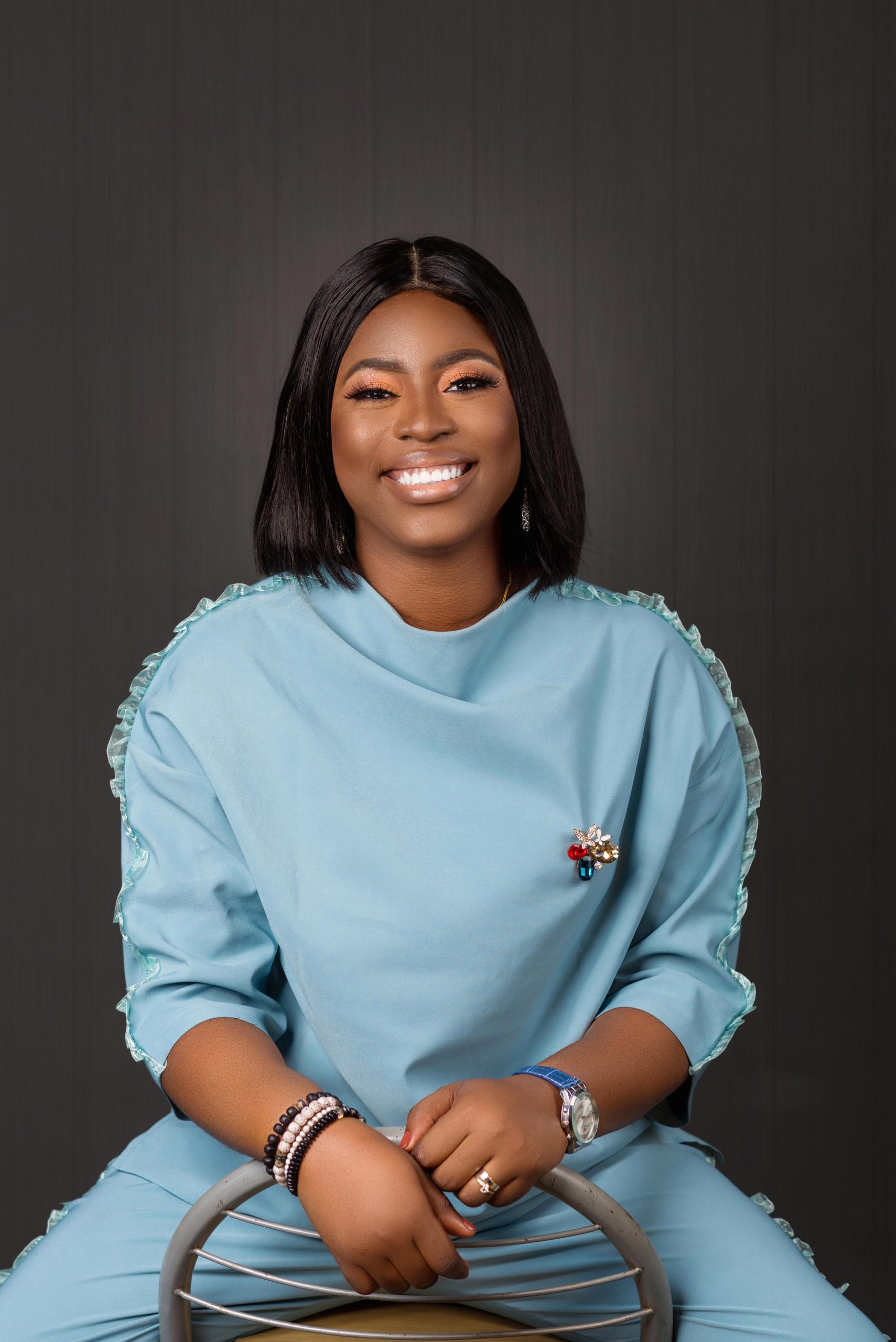 Nike Folagbade is a Family Life Coach and Counsellor. She teaches and empowers both single and married people with godly and practical strategies —  on how to build a blossoming kingdom relationship and marriage via NIKE FOLAGBADE INTERNATIONAL.

She's a Master Practitioner of Neuro-Linguistic Programming and Results Coach; an Associate of Family Systems Engineering and a Certified Emotional Intelligence and Anger management coach. Equally, she's a SYMBIS facilitator, who helps engaged and married couples prepare for the  'before and after' of their marriages.

Nike has written over seven books including 'Get The Ring', 'Untold Secrets That Wreck Marriages', and THRIVE (a prayer confession and devotional, for manifesting a transformed marriage). 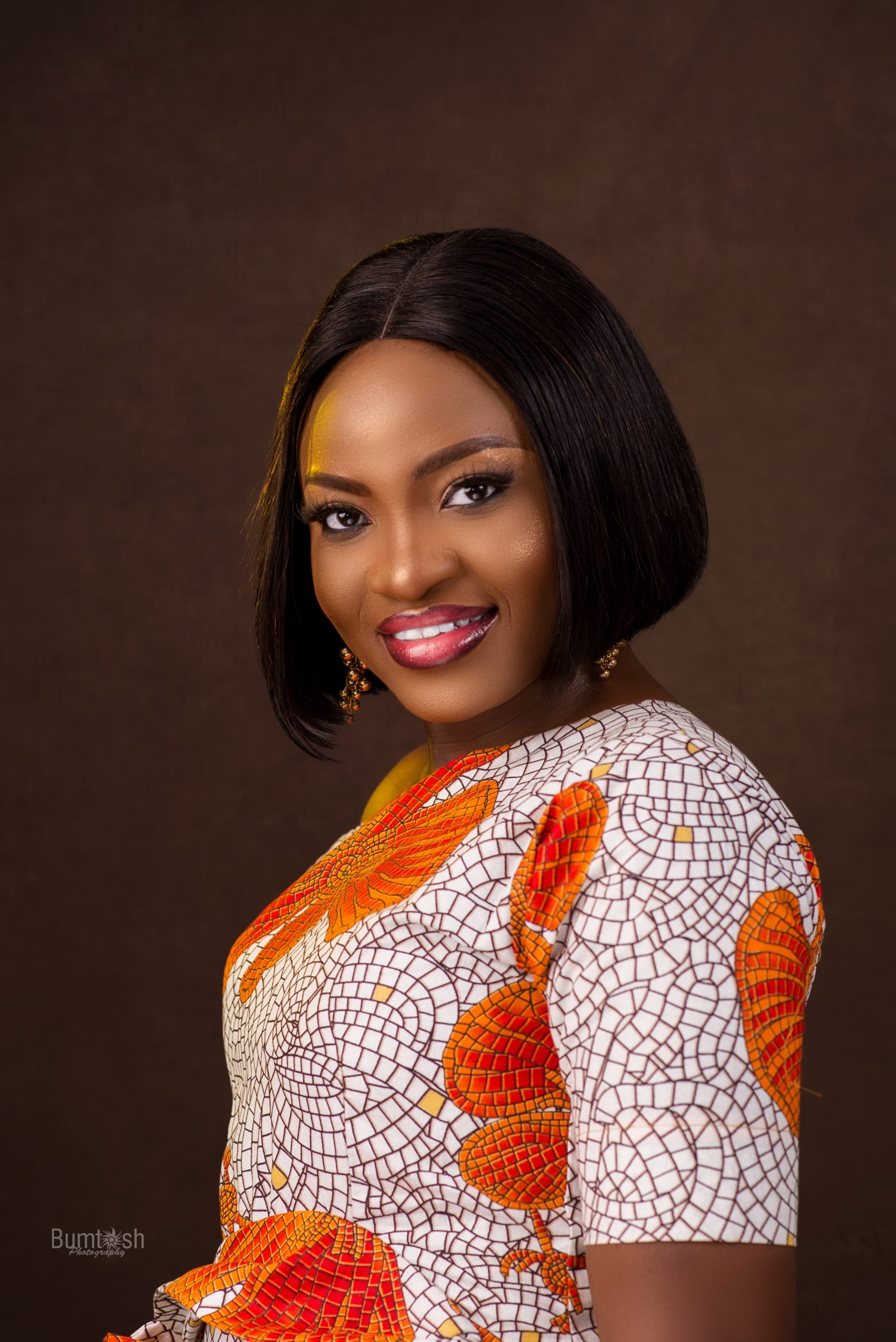 Jumoke Abimbola Ayegbusi, is a Counselor and the Founder of The Singles Of Marriageable Age Community. Having gone through an overwhelming Phase of Waiting, God led her on a journey that ignited her Marital breakthrough. She is the author of “MADE FOR MORE” which guides singles on a journey to maximising their singleness and vetting partners in the right way as led by God.

The testimonials from the book have been mind blowing which reveals that the answers many singles desired were answered in the book. She is very passionate about helping more singles to get it right.

With her Prophetic gifting, she will help you navigate through your journey with knowledge and the wisdom of God.